Wow we are so proud to have won

Green Company of the Year 2013

Business Person of the Year 2013

The winners were announced at a very glitzy affair which had a Las Vegas theme and an Elvis singer who was actually very good !

The wins for DXG Media were just fantastic and totally unexpected, in particular looking at the companies we were up against !

Managing Director Duarte Goncalves “An humbled and honoured to have won these two awards, it goes to show going the extra mile in what you do does pay off” we have a fantastic team at DXG Media and these awards are dedicated to them.

I would very much like to thank Our clients, suppliers and the Pride of Tameside judges. x 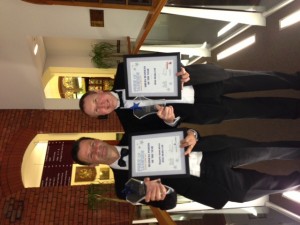 DXG are a leading commercial printer providing a diverse range of litho and digital print services to clients throughout the UK.